ShareASale has announced the details for their party at Affiliate Summit West 2017 in Las Vegas ? the Tailgate Party Under the Stars.

The party is taking place on Sunday, January 15, 2017 at JEWEL Nightclub (located in ARIA) ? it will go from 8:00 PM through midnight.

And if you needed any more convincing, they will have an open bar, killer DJ, party favors, and awesome magician, Joel Givens.

In order to attend the party, you must RSVP, and you will also need your Affiliate Summit badge.

Come on out for lots of fun and networking on the first night of Affiliate Summit West 2017. 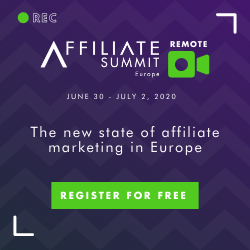